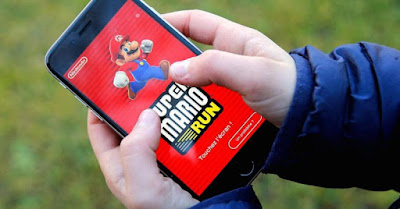 The title, however, scored a rating of only 2.5 stars on Apple's app store, and players also appear to be disappointed over the game's $10 price tag to unlock all features.

Despite hitting the No. 1 spot in the U.S., it did not make the mark in Japan.

The stock is up more than 57 percent year-to-date.