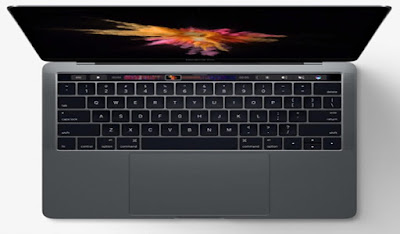 Laptop touch screens are a godsend for some, useless for others. Now we have Apple's Touch Bar. Which makes more practical sense?

I'll preface this by saying that I've used lots of touch-screen Windows laptops and have been using Apple's Touch Bar for a while now (on a Late 2016 15.4-inch MacBook Pro).

The case for the Windows 10 touch screen: I don't have to make much of a case because the utility is obvious. It allows you to do touch-friendly things like scrolling, pinching and zooming, and the myriad things professionals and clerical workers find more efficient with a touch screen. Currently, I am using a couple new Windows laptops with touch screens. Problem is, I don't use the touch screen (anymore). I find it easier to keep my hands on the keyboard and use the capable (and large) track pads that now come on almost all Windows 10 laptops.

The case for the Apple Touch Bar: some reviews have gone so far to call it a gimmick. I disagree. Placing what is in effect a small OLED display on the keyboard works. I agree with Steve Jobs (2010) assertion that laptop users don't want to reach up and touch the screen.

[Touch screens on laptops are] ergonomically terrible...we've done tons of user testing on this, and it turns out it doesn't work. Touch surfaces don't want to be vertical. --Steve Jobs


Ditto. And that's coming from someone (me) that has the 12.9-inch iPad Pro with the Smart Keyboard. As much as I tried, that configuration has never worked well for me. It's too much of an ergonomic hassle to keep reaching up for the screen while I'm typing, keyboard shortcuts notwithstanding.

Let me give a couple of examples that make the Touch Bar irresistible for me (irresistible usually precedes indispensable). Open Safari (let's hope Google follows suit with Chrome) and all of your tabs appear on the Touch Bar. Even with 8 tabs open (crammed into the Touch Bar display), it's very practical to jump from tab to tab. And iTunes with the dynamic slider controls is a much better experience with the Touch Bar.

But in order for the Touch Bar to be a long-term success, third parties need to sign on (e.g., Google, Microsoft). Also, I would suggest (in the future) that Apple make the Touch Bar OLED bigger, i.e., taller.  Right now, it's about half the height of a keyboard key. It should be at least the same height, in my opinion. Because it's so skinny, it can be tempting for some users to simply ignore it.

Winner: I'm going to be fair as I possibly can (despite my personal preference for the Touch Bar) and say the Windows 10 touch display is the winner. But just for now. There are simply too many things you can do with a touch screen that you can't do with Apple's Touch Bar. But as Apple refines the Touch Bar, it has the potential to eclipse touch-screen laptops. Time will tell.