How To Find The Best Monsters In Pokémon Go

All Pokémon are not created equal: some are definitely better than others. If you’re serious about creating a formidable team, or if you want the satisfaction of having some of the best monsters available in Pokémon Go, you’ve come to the right place. 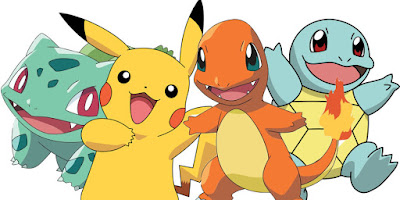 The Silph Road is a collective that is one of the leading researchers on Pokémon Go, with hundreds of members dedicated to collecting data on the popular augmented reality game. Their findings have been uploaded to The Silph Road’s official website, where players can look at Pokemon based on the best attack stats, defense stats, stamina stats, as well as best combined overall stats.

Unsurprisingly, Pokémon Go’s legendary Pokémon, all of which are currently not even obtainable, top out the list of best overall stats. But if we were to narrow down the list of best Pokémon to the critters you can actually capture, it would include Dragonite, Snorlax, Lapras, Arcanine, Blastoise, Exeggutor, Gyarados, Vaporeon, Slowbrow, Venusaur, Flareon, Poliwrath, and surprisingly, Muk. 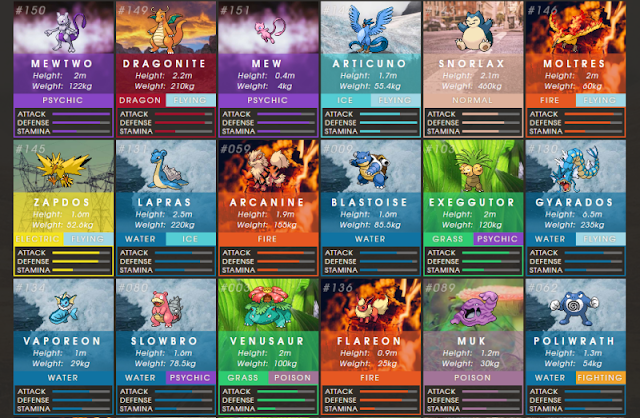 You could probably build an entire team based on this list of strongest Pokémon, as there is a decent range of typings to choose from here. Obviously, though, when fighting a gym, you should probably tailor your team based on whatever is stationed at the stop.

So, how do you find the best Pokémon in the first place? While spawning is based on geographical location, Pokémon Go players have developed a number of tools to help take out the guesswork. The biggest Pokémon-finding app right now is Poke Radar, where you can peruse Pokémon sightings submitted by other players and even filter the reports down to your creature of choice. (I recommend starting with the first Pokémon in the evolutionary line of the monster you are searching for, since those are easier to find.) The app is free, but frequently experiencing server overload, so your mileage may vary—when I downloaded it, I couldn’t get it to work.

Another option is Pokevision, which displays the real-time locations of Pokémon based on the API of the game itself. What makes PokeVision useful is that it also gives you a timer that lets you know how long a monster will be available in a certain area, though you cannot filter it down to the specific monster you are looking for. Like Poke Radar, Pokevision is in high demand, and the website states that its “servers are currently unstable due to increased load.” (Unlike Poke Radar, however, I was able to get Pokevision to work.) If you do manage to find a rare Pokémon near you, be warned that these monsters typically have a short spawn timer—so you might have to drop everything to get your perfect team.

A few final tips here. You can assure that an Eevee will evolve into a Vaporeon by naming it Rainer, and if you want a Flareon, name it Pyro. Water Pokemon like Magikarp are more likely to spawn near actual IRL sources of water, though it will take a tremendous number of candies to evolve one into a Gyarados. Lastly, many of these Pokémon can be hatched from eggs, though creatures like Snorlax and Lapras will require a lot of walking given their 10km requirements.