KickassTorrents is Back Online?

The alleged founder and operator of the most popular torrenting site in the world, KickassTorrents (KAT), has been apprehend by the US authorities and the site's domains seized. However, as we learned with the campaign to stop The Pirate Bay, you just can't keep a good pirate site down. We've already spotted at least two clones of KAT, including one created by IsoHunt (KickassTorrents.website — a fairly limited mirror), and a second located at KAT.am. 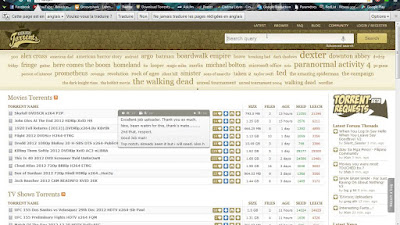 A statement emailed to The Verge from the creators of KAT.am claims the site is "hosted on multiple cloud servers to prevent blockade, and the hosting information is well hidden behind Cloudflare." The anonymous contact said they'd improved on the original KickassTorrents site by adding a mobile version, and noted (with the original, ambiguous, wording retained here) that the site "will has the complete torrent database of KAT, including the comments, user information intact." We're not sure whether that means KAT.am has this complete log of comments, etc., or will have it at some point in the future. At the time of writing this article, access to KAT.am was spotty.

All this shows what we already knew: that you can't completely remove piracy sites from the internet, but you can discourage those who want to run them. The Department of Justice's statement on KAT's alleged founder and operator, 30-year-old Artem Vaulin, charges him with "unlawfully distributing well over $1 billion of copyrighted materials," and claims that he collected roughly $16 million in advertising revenue a year. KickassTorrents may be back (sort of), but Vaulin's future is about get a lot tougher.