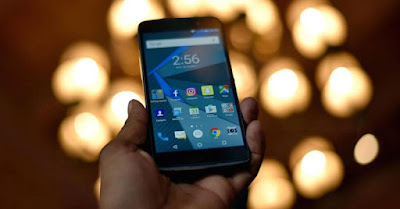 Apple's devices might get more of the spotlight, but when it comes to market share, there's no denying Android's dominance.

In the third quarter of this year, Android phones made up 84.3 percent of the worldwide smartphone market, according to IDC. They offer a variety of style choices and prices and a much greater ability for users to customize their experience.

They're also loaded with several software options that aren't available to iOS users. And if you're beginning the process of loading up your new Android phone with apps, here are a few that are definitely worth considering.

Avast Mobile Security and Antivirus — The first thing you're going to want to do with an Android device is get a good antivirus program. Avast is one of the top ones on the market, and it's free. Beyond basic protection, it also keeps track of what your apps are doing and includes a web shield to help you avoid malware. There's also an antitheft component, allowing you to locate, lock or wipe your phone clear if it's lost or stolen.

Solid Explorer — File management programs are always helpful, especially if you load up your phone's hard drive. Solid Explorer not only helps you organize your files, but protect them with an additional layer of security, adding fingerprint scanning if your phone supports that. You can also transfer files between cloud storage accounts. And the app's interface is simple and intuitive.

Greenify— Sometimes, the more apps you have open, the slower a phone will run. Greenify puts an end to that, identifying apps that are running in the background and either slowing down your phone or sucking up battery power. There are even aggressive modes that further extend battery life for those times when you're on the road or need to stretch a little bit longer before you can find a plug for your charger.

Helium — Backup is always a good idea on phones, given how fragile they can be. Helium protects and restores lost apps and data. And for a $4.99 premium version, you can sync apps between several Android devices and restore them from cloud storage. As an added bonus, it's all done without having to root your phone (which can open you up to viruses).

AirDroid — Contrary to what it may seem sometimes, most of us don't use our phones as our sole means of computer interaction. AirDroid, though, will let you bypass jumping from one device to another, giving you remote access to everything on your phone via a web browser — even text messages. That could be especially handy if you're at work and it's frowned upon for you to text with a friend. It's a feature that's so useful, you wonder why it's not a standard feature in Android.

Pander — Don't feel like cooking? Pander not only lets you order delivery food, it does the heavy lifting of helping you decide what you're in the mood for with a series of questions about your tastes. With its restaurant locator service, it's especially useful if you're away from home. And if you're feeling extra lazy, you can order a mystery meal — as the app will choose your food for you, based on its knowledge of your preferences.

LastPass— Despite the urgings of security experts, too many people don't use different passwords for different sites — or input very basic ones. LastPass is a password manager that boosts your security but saves you the bother of having to remember complicated strings of letters, numbers and symbols. It works across devices and adds a layer of security to sensitive information you might input, such as bank account numbers or insurance information.

SwiftKey Keyboard — This is one of the most popular Android keyboard apps and it's easy to see why. It has a highly accurate predictive technology for both words and apps and learns your typing habits fairly quickly. A strong privacy policy safeguards things like your credit card or log-in information. And you can switch between 100 languages as you type.

DashClock Widget — Another old favorite, this app boosts the amount of at-a-glance information available to your phone's home screen. Whether you want to stay updated on the forecast or see how many emails you have waiting (or many other tasks), you'll easily be able to do so.

SwipePad — If the process of clicking to the home screen, then locating an app icon and tapping it seems to take an eternity in your mind, SwipePad can be your best friend. With a single swipe, you can launch an app from within another app. Other options include heading directly to a bookmarked website or reaching someone on your contact list. Best of all, it doesn't have much of an impact on your phone's battery.