The iPhone 8 is already causing problems for Apple’s competitors

The iPhone 8 is rumored to have an OLED display , a first for Apple’s iPhone. But OLED screens have been in use for quite a few years, with Samsung being the most prominent smartphone maker to use such displays in its top smartphones. However, as we’ve said before, the iPhone is still the only phone that matters when it comes to setting new mobile trends. And a new report seems to further reinforce that idea, as it looks like iPhone 8 rumors were enough to convince some Apple competitors out there to bulk up on OLED supply. 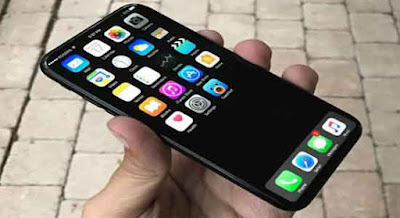 According to Digitimes’s sources, some of Apple’s China-based rivals are worried that the iPhone maker will eat up all the available OLED display, and they have rushed to secure production capacity for small- and mid-sized OLED panels. The sources expect the increased OLED demand to cause shortages.

Samsung is going to be Apple’s main OLED display supplier this year, reports said, but even Samsung won’t be able to meet Apple’s demand in the future.

Apple is rumored to launch three new iPhones this year, including the iPhone 8 with an OLED display and two iPhone 7s versions that will have LCD screens.

The same unnamed sources said that LCD display demand will remain tight this year, as display size of mainstream smartphone models is moving from 5-inch to 5.5/5.7-inch screens.

The report also notes that other key components might face shortages this year, aside for displays, including memory products and optical sensing devices. The reason is similar, strong demand from China-based smartphone makers.