Why did the Galaxy Note 7 explode? Samsung will finally tell us soon

Samsung was expected to reveal the findings of its Galaxy Note 7 explosions investigation by the end of 2016. That didn’t happen, but a fresh report indicates that Samsung may soon announce its conclusions together with the South Korean government. The announcement will “most likely” be made on January 10th or by the end of January at the latest, a source familiar with the matter said. 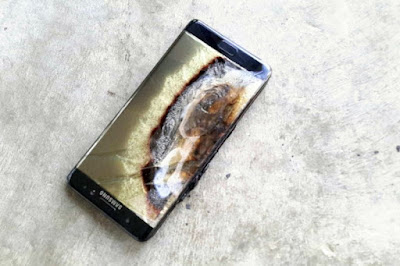 According to The Korea Herald, there were at least two investigations into the Galaxy Note 7 exploding batteries. Samsung asked the US-based safety organization UL to find the cause of the fires. The state-run Korea Testing Laboratory also launched its own investigation to explain the Galaxy Note 7’s fire risk.

Apparently, it’s KTL that will announce the conclusions, the report notes. “We have not yet confirmed the outcome of UL’s investigation,” a KTL official said without expanding on the matter. Neither Samsung nor the government explained what went wrong with the phone. But The Herald says it’s not a “simple battery malfunction, and the two sides are fine-tuning details to reach the final outcome.”

Industry watchers, meanwhile, say that it’s crucial for Samsung to explain what happened with the phablet to regain consumers’ trust before the Galaxy S8 arrives sometime by April. “Samsung Electronics must transform itself after learning an expensive lesson last year,” vice chairman and CEO of Samsung Kwon Oh-hyun said Monday during a speech.