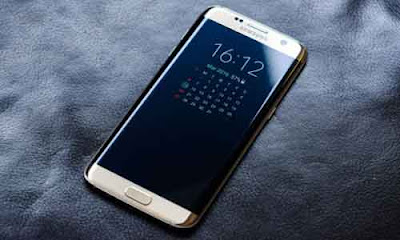 Samsung is expected to launch two Galaxy S8 versions in late March, the anticipated successors of the Galaxy S7 and Galaxy S7 edge. But since both new models are expected to feature displays with curved edges, can the larger one still be called “edge”? A new leak from a trustworthy source reveals what the phablet version of the two phones will be called, suggesting once again that Samsung will dump the “edge” this year.

In line with earlier reports, gadget leaker Evan Blass says that both Galaxy S8 handsets will have curved displays. As such, Samsung will call them Galaxy S8 and Galaxy S8 Plus instead of S8 and S8 edge, which would be in line with last year’s naming scheme.

In case you were interested… pic.twitter.com/bpcOFZmOC3
— Evan Blass (@evleaks) February 10, 2017


Blass tweeted the image above, which indicates that the “Plus” moniker is accurate. However, Samsung will not use the word “Plus” like Apple does for its larger iPhone, choosing instead to go with a “+” sign.

If that seem familiar, that’s because Samsung used the symbol before for the Galaxy S6 edge+.

Blass further explained that the Galaxy S8 will have a 5.8-inch screen, while the Galaxy S8 Plus will feature a 6.2-inch display — both of them will be Super AMOLED QHD screens made by Samsung.


Furthermore, Blass said on Twitter the phone will be unveiled on March 29th and then released on April 21st:


Blass wasn’t the only one to share more details about Samsung’s upcoming flagships. The company posted a support page for the Galaxy S8 Plus a few days ago, first spotted by a Redditor. Apparently, the Galaxy S8 Plus’s model number is SM-G955FD, and the page is still up on Samsung India’s website. However, Samsung did not list any details about the unannounced handset.