iPhone 8 Could Leapfrog Galaxy S8 with This...

While the Galaxy S8 pushes the envelope in several directions, including AI with Bixby and phone design with its Infinity Display, Samsung kept one key feature pretty much the same: the camera. 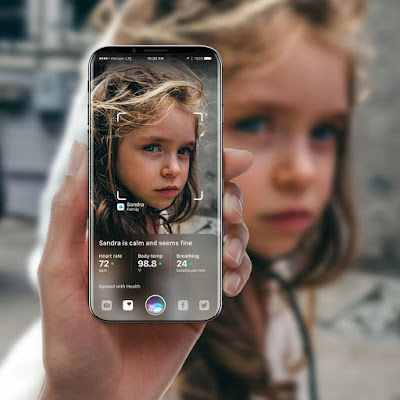 And that could open the door for Apple, which according to a new report, is readying a major upgrade for the iPhone 8 that could catapult it into the lead.

According to Barron's Asia, a Morgan Stanley report says Himax Technologies will be supplying 3D sensing components for the iPhone 8. By creating a sense of depth, the device would be able to deliver augmented reality experiences.

The sensors could enable all sorts of applications, wrote Morgan Stanley's Charlie Chan, including facial recognition, gesture sensing 3D modeling and photo shooting enhancements. But he said that 3D modeling has the greatest potential, as it can be used for AR and VR apps like gaming and virtual social networks.

The key difference between Himax's wafer level optics and bulkier cameras like Intel's RealSense 3D camera is that the former is small enough to more easily fit in smartphones.

Another report in Business Insider in early March said a 3D component in the iPhone 8's camera would allow the device to interpret distance. That would help the phone determine where to overlay virtual elements on your real-world view.

More recently, Bloomberg reported that an AR-equipped camera on the iPhone would let you snap a photo and use depth sensing technology to alter the depth of the captured image; you would also be able to change the depth of specific objects in photos. You might also be able to isolate and tilt objects in a photo or overlay virtual objects onto photos.

The iPhone 8, which could be called iPhone X or iPhone Edition, likely won't be unveiled until September, but other rumored features to look forward to include wireless charging and an overdue OLED display.