December 21, 2017
After years of rumours, Apple has confirmed that it does indeed slow down older iPhones, a feature introduced last year to protect against problems caused by ageing batteries. 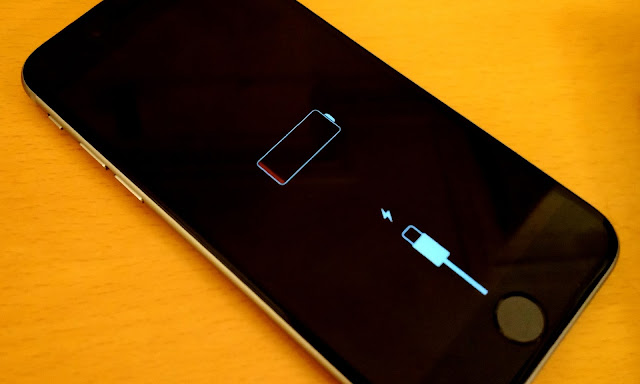 The feature was implemented on the iPhone 6, 6S and SE last year during a software update, and on the iPhone 7 as of December with the release of iOS 11.2. The feature is planned to be rolled out to newer devices in the future.

Apple said it slowed down phones that have older batteries, batteries with low charge or that are cold.

An Apple spokesperson said: “Our goal is to deliver the best experience for customers, which includes overall performance and prolonging the life of their devices.”

The company explained that when a battery is in a poor condition it may not be able to supply the required maximum current demanded by the phone’s processor at full speed. If that happens, the iPhone can shut down unexpectedly to protect the internal components.

It was one of the factors contributing to users finding that their iPhone 6S would turn off abruptly, even though there was about 30-40% charge remaining in the battery.

“Last year we released a feature for iPhone 6, iPhone 6S and iPhone SE to smooth out the instantaneous peaks only when needed to prevent the device from unexpectedly shutting down during these conditions,” said an Apple spokesperson. “We’ve now extended that feature to iPhone 7 with iOS 11.2, and plan to add support for other products in the future.”

The feature was recently highlighted by users on Reddit, who noticed that their processors were running slowly in iPhones with older batteries, but that when they replaced the batteries the speed of the phone returned to normal.

Analysis of data by benchmarking firm Primate Labs collected from thousands of iPhones appeared to confirm the theory, showing multiple performance peaks for phones of different ages, slowing down from their maximum speed.

The confirmation will reignite the debate over “planned obsolescence”, the practice of intentionally hobbling a device after a certain period to nudge users into buying new products. Experts have long dismissed users’ complaints that their iPhones have slowed down immediately before the release of a new model.

Apple insists that this slowdown feature is not an example of planned obsolescence, and instead is designed to protect against battery problems and prolong the life of iPhones. But the poor communication to users of the fact that Apple considers this a feature, not a bug, has caused many to lash out at the company.

John Poole, the founder of Primate Labs, said in his analysis of the Geekbench data that “users expect either full performance, or reduced performance with a notification that their phone is in low-power mode. This fix creates a third, unexpected state.”

“While this state is created to mask a deficiency in battery power, users may believe that the slowdown is due to CPU performance, instead of battery performance, which is triggering an Apple-introduced CPU slowdown.”

The problem can be fixed by replacing the phone’s battery. Apple charges £79 ($79) to replace batteries not covered under the phone’s warranty.

Popular posts from this blog

April 12, 2013
One of our good friend "Ahmed Kudu" finally posted the MTN sim hack that everybody is collecting money for. I will be posting the cheat word for word here and do thank him for unleashing such secrete because e no easy :D HACK YOUR MTN SIM FOR UNLIMITED No body hates free browsing, That's why I want to share this free browsing trick... its for mtn network & this is what some guys are selling (currently) on the net, & They charge who ever show interest in this more than u think... because you are here, That why you will enjoy this... For free... let go.. this Free Browsing is for mtn network.. REQUIREMENT: #Mtn Sim #250 Naira #Your Time.. #Your Brain (no mistake) HOW?? Step 1: subscribe to mtn 2 hour plan by sending 2H to 131 (2days) step2: browse for exactly 30 mins.. Step 3: remove your battery (note the exact time of the battery removal) step 4: after exactly 24 hours, insert your battery back to your phone step 5: sim hacked, Enjoy unlimited browsing till you
109 comments
Read more

December 21, 2017
The social network unveiled on Wednesday a security feature that lets you see a list of recent emails sent by Facebook. Hackers often send emails disguised as messages from companies like Facebook to trick users into giving them login and password information. The tactic, called phishing, is common among cybercriminals. Now, if you receive an email from an address that appears to be Facebook (FB) -- but don't recognize the activity or the alert -- a tool in its Security and Login section in Settings will tell you if it's legit.  If the email claiming to be from Facebook isn't listed there, you'll know it's fraudulent. Facebook sends security emails from the domain "Facebookmail.com," offering another way to check its authenticity. But if you don't recognize the domain or sender, you can report the issue directly to Facebook. In a blog post, product manager Scott Dickens urged users to report fraudulent emails pretending to be Faceboo
Post a Comment
Read more

Babanature
My names are MOMOH BABANATURE YAKUBU but I am well-known and preferred to be addressed as BabaNature. I am the owner and Chief Editor of this lovely blog. I’m an African, a Nigerian to be precise. I live in Lagos state [one of the most populous States in Nigeria]. I can only speak two languages which are English and broken English (pidgin English) I am a researcher by profession and a professional web designer, building and creating blogs, template design, doing video tutorials, modifying blogger/WordPress themes, consultation and blog maintenance are the things I do best. Apart from being a researcher and a professional blogger, I also love playing video games, watching cartoons, writing articles as a freelancer, blogging, and singing, I also do ghost and guest posts if you want to hire me. The motto I follow; "anything worth doing do it well."