The new PlayStation 5 looks like a giant broadband router 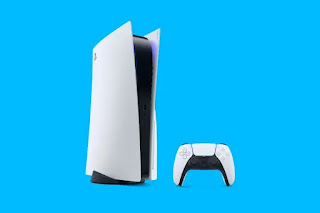 A new console launch is always cause for excitement, even in the midst of a pandemic. Enter Sony with its big PS5 unveiling, imaginatively titled 'PS5: The Future of Gaming Show', which teased more than it satisfied, but gave us a good opportunity to see what the next generation of games will look like. Assuming you haven't already skipped to the good stuff, let's get to it.

What did I miss?

Sony mainly used the event as an extended sizzle reel for the eclectic collection of exclusives coming to the console, though it wasn't clear which would launch with the console later this year.

The most immediately interesting were Spider-Man: Miles Morales, a follow-up to last year's hugely popular game featuring the lead from the critically acclaimed animated movie Spider-Man: Into the Spider-Verse, and Horizon: Forbidden West, a sequel to the equally popular Horizon: Zero Dawn. The latter, in particular, looked stunning.
Sony also revealed the console itself and a bunch of peripherals, but declined to say how much the PS5 would cost at launch. Nor did it clear up many of our burning questions, such as the exact nature of the system's backward compatibility with previous consoles. Also, well, you've seen the photos.

Yes, how big is that thing and will it lie flat?

Sony hasn't released the dimensions, but you can use the size of the disc drive as a guide. By that measure, it's likely the console is noticeably taller than the PS4 Pro and even larger than the famously chunky original Xbox One. That is a very rough guesstimate, however, and should be treated as such, but it already has us glancing at our home entertainment rack with concern.
To your other question, yes, it will lie flat. Sony released images of the console in the horizontal position with it sitting on some kind of stand. It's not, we hasten to add, the console's most flattering angle. Like the chunky Xbox Series X, the PS5 is clearly designed to be stood tall.
It's also worth noting there are two versions of the console. One with a 4K Blu-ray drive and one is the PlayStation 5 Digital Edition and has no optical drive – ideal for people who won't mind paying over the odds for their games.

So how powerful is the PlayStation 5, exactly?

We can't say, but Sony has released some details in previous events. We know, like the Xbox Series X, the PlayStation 5 is powered by an eight-core AMD processor and a custom GPU based on AMD's RDNA 2 architecture. Everything we've seen and heard so far suggests the Xbox will have a slight raw performance advantage over the PS5, but Sony has a trick up its sleeve which might give it an edge.

While both consoles are adopting fast solid state drive (SSD) akin the flash memory in your phone, Sony's is reportedly much faster. So fast, in fact, that textures and game assets can be streamed directly from the SSD rather than being held in the system's memory (RAM) as is traditional.
In a demo of its Unreal Engine 5 earlier this year, Epic Games boss Tim Sweeney said "the storage architecture on the PS5 is far ahead of anything you can buy on anything on PC for any amount of money right now. It’s going to help drive future PCs.".

This new SSD will have a dramatic impact on loading times. In a previous demonstration of Marvel's Spider-Man, fast travelling on the PS4 Pro took 15 seconds; the same function reportedly takes just 0.8 seconds on the PS5.

What about the controller?

One is something Sony is calling “adaptive triggers”. One example given of how these will affect gameplay was shooting a bow and arrow, pressing down on the trigger to draw an arrow back would have a different tactile sensation to firing a shotgun, or driving an off-road vehicle through rocky terrain.
The other key feature is the controller’s “haptic feedback”, which replaces the standard rumble. Sony says that the difference between this and old rumble is night and day. Crashing into a wall with a car, for example, will feel very different to making a tackle in a future version of Madden, for example. You should also be able to tell whether you're running through long grass or mud just from the controller feedback.
The controller, which will use a USB Type-C connector for charging, will apparently be heavier than the DualShock 4 and lighter than the current Xbox controller.

They kept on talking about "ray tracing". What is that?

For now, no. You can watch the whole reveal below if you like and check back soon for our selection of the most interesting games from the PS5 reveal.